On Wednesday 27th January 2016, representatives from Churchtown Primary School were invited to the Ramada Plaza Hotel in Southport to celebrate the achievements of amazing community heroes. Dignitaries and people from across Sefton and West Lancashire were invited to the Your Heroes award ceremony hosted by SKY TV presenter Neil Newton.

There were 6 categories which ranged from School of the Year, Young Hero, Sporting Heroes, Teams, individuals and the most prestigious award, Hero of Heroes.

Churchtown Primary won School of the Year for the following reasons. Teachers and pupils at Churchtown raised Â£1354.68 for charity with a day of dancing. The event which took place on “do something funny for money day” began with a wake and shake in the playground led by Miss Lucas and Mr King. They were soon joined by the year 6 sports ambassadors and school head Mrs Payne and Mrs Taylor.

Staff, children and parents perfected their dance moves for a “let’s get ready to rumble” routine. Miss lucas and Mr King both led a dance-a-thon in the playground to hits such as Uptown funk, YMCA and Let’s Get ready to Rumble. 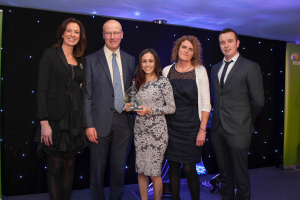 The school’s sports ambassadors danced for a straight 5 hours, and the school raised bucket loads of cash on the day. So far Churchtown Primary has raised Â£876.68 from class donations, Â£178 from donation pages and Â£300 from ticket sales for Night at the Musicals.

Two years ago Churchtown Primary made links with Community Link Foundation and have raised money for the charity through numerous events including charity week last year.

On the same night Southport Rugby Club also picked up an award for “Sporting Heroes” following last years Guinness World Record attempted for the longest rugby match. The club staged a game lasting over 26 hours with 46 players taking part ably supported by hundreds of followers in the stands throughout the event. A total of nearly £30,000 was raised. Community Link Foundation we were delighted to support this event. 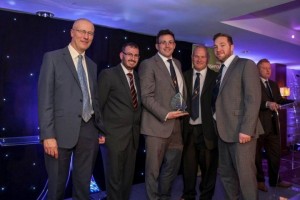