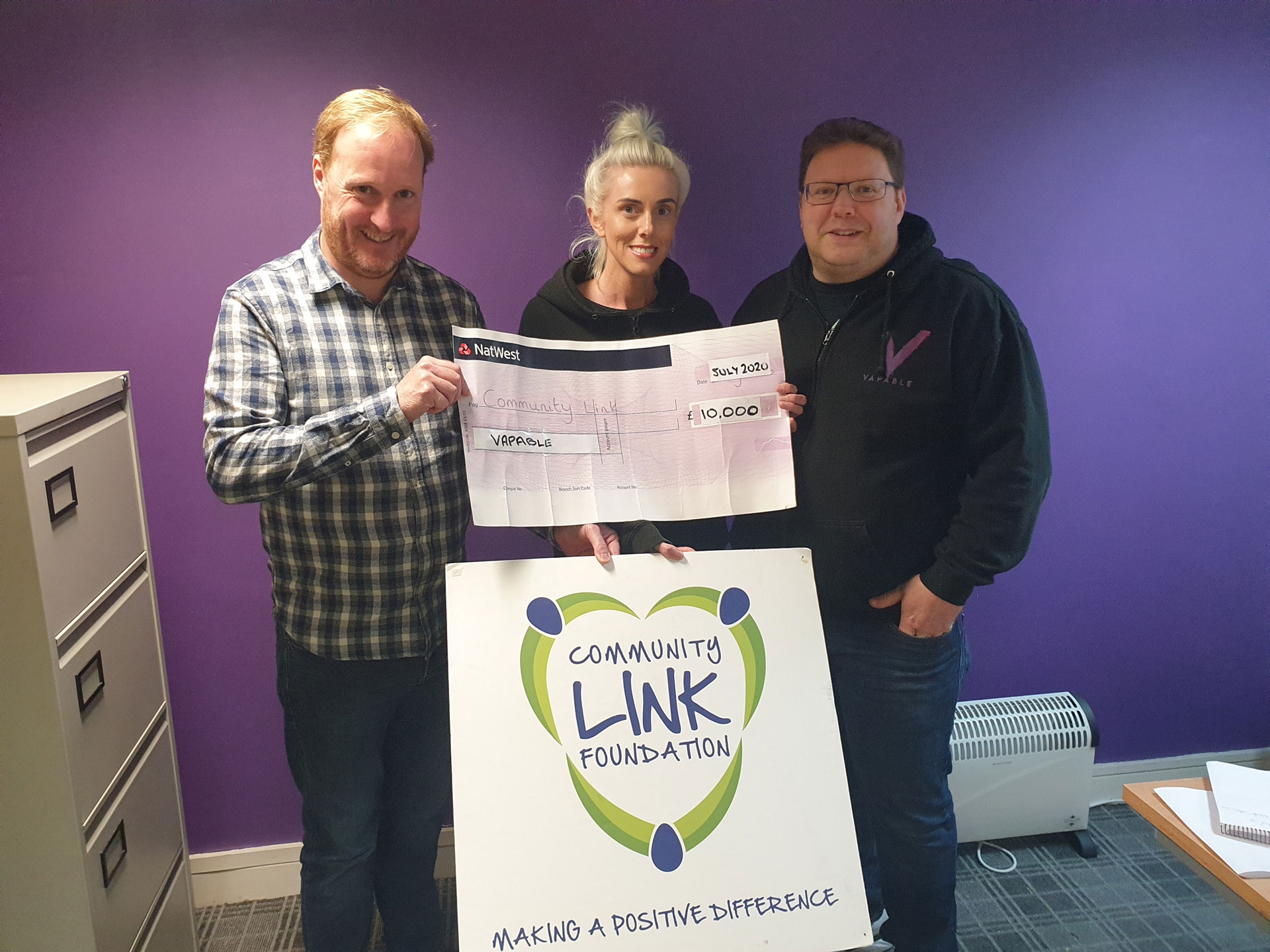 A Southport based business has donated a staggering £10,000 to Community Link Foundation.

Vapable, a retail company that supplies vapours for e-cigs, has donated £10,000 to the charity to help support good causes in the local area.

Mark Halsall, owner of Vapable, which is based in Banks, has been looking for a charity to support for some time but wanted to make sure it was the right one.

Mark found Community Link Foundation (CLF) online and after discussions with the team at Vapable, decided that they were the right charity to make a donation to.

CLF is a charity which aims to support and enhance the lives of people in Southport and the surrounding areas. They do this by giving out grants to individuals and organisations who need funding which will improve the quality of life.

Mark, a father of two, said: “When we started to look into what it is that CLF do, we knew they were what we had been looking for.

“We really like that they give out a good range of donations, from helping local children who are fundraising to have a life changing operation, to local sports teams who are in need of equipment which will benefit the community.

“Me and the team liked that the money stays within the local community and it’s nice to know that the money we’ve donated will stay here and we will be able to see exactly what it is being used for.”

“It is thanks to Vapable’s generosity and the ongoing support from members of the Southport Community Lottery and other donors, that we are able to help so many people in this area, and this donation will make a really positive difference.”