People across the country raised £406.59 for Community Link Foundation by going for a walk or run in their local area at the weekend.

It was all part of an event organised by a group called FUNdRun which launched just under a year ago. Every Sunday, they ask participants to take part in a 30 minute run or walk in exchange for a donation to charity.

Since FUNdRun was set up 48 weeks ago, it has raised a staggering £25,752 for charities. A different charity is nominated to benefit each week and Community Link Foundation was nominated by Nicky Cooper, one of the FUNdRun organisers.

They request that people make a minimum donation of £5 and they allocate you to a team who give plenty of virtual support via Facebook groups.

The FUNdRun group was formed by David Steel during the first lockdown to get people exercising each week while still feeling connected to each other. Participants are encouraged to share photos and some weeks are set tasks which range from taking a selfie outside your favourite bar to finding your nearest defibrillator.

While there are many teams from Southport, participants are based all over the country, all connected by social media.

Trustees of Community Link Foundation and Chairman, Enda Rylands, all took part last Sunday and are signed up for this weekend too.

Enda said: “We are very grateful to everyone who took part in last week’s FUNdRun and anyone who is signed up for this weekend, too. Thank you to Nicky Cooper for nominating Community Link Foundation. The money raised will be a great boost for the charity and will be used to help local organisations and individuals. The money stays within our local community so people will really be able to see who benefits from them taking part in this event.

“I enjoyed walking the 30 minutes with my daughter and it was an enjoyable way to spend Sunday morning while fundraising!”

Click here to find out about future FUNdRun events and register for this weekend. 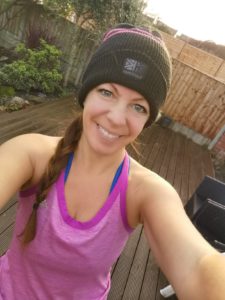 Nicky Cooper, one of the organisers of FUNdRun

Enda Rylands and daughter walking at the weekend 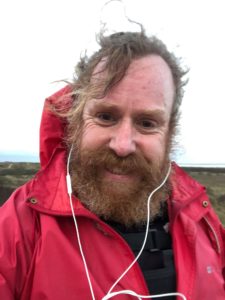